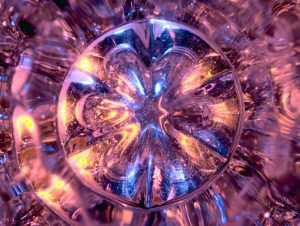 For the last few weeks, I have been living with a powerful, but undefined image, the Solstice Body. For years, the Christmas Solstice has been important to me. The Invincible Sun…I’ve thought about it and written about it — loving its annual mystery and significance.

But until this year, I had never thought of an internal experience that would embody the energy of the Solstice within my being, my Solstice Body. I suspect this timing has something to do with the Grand Conjunction of Saturn and Jupiter on Monday, the Day of the Solstice. Many who work with the wisdom of the stars and planets feel this Grand Conjunction indicates the birth of the Age of Aquarius, the beginning of a new consciousness.

For days and nights, I have been living with the question “What is the Solstice Body?” Thoughts and imaginations have come to me as I live my day and many have come in the middle of the night or just upon waking.

Let me share them with you. Hopefully, they will inspire, may enkindle some feeling for the Solstice Body in you. (Please share your thoughts).

If I imagine this body in space, it is the sacred edge or the divide between the old and the new, between the light and the dark, between the known and the unknown. It is an edge that both intrigues and repels. It is destiny, but it is also a point of no return. It is a place where my soul is naked, undressed of all the past and yet, clothed in infinite possibilities and powers. It is a deep cave and a mountain top.

If I ask myself what is the sound of The Solstice Body, I hear it singing a dark cosmic moan that over three days and nights slowly lifts up in vibration and tone as if birthing something new and innocent into being. I love the moan.  I want to moan as I feel the emptiness and then feel the moan become the song of the morning lark as light begins to illuminate my new being.

The Solstice Body has no story and no attachments. The life of the past has been released and the life of the future has not yet begun. Can you imagine this body at the center or the womb of your soul?

The Solstice Body gives birth to a new beginning, a new I AM in 72 inner hours. Imagine a spiral of 72 curves moving through the Solstice Body. Each curve causing a quickening of the new I AM.

The Morning Incarnation Verse I speak and meditate on begins with saying “I” three times. Then I say “I AM” three times.  “I” is not the ordinary I that refers to me in this lifetime. “I” is is the name of all that has not yet been born into the story of “I AM” in the limits of time and space.

Like the Solstice Sun, that takes three days to begin to conquer darkness every year. I speak “I” three times and then, “I AM” three times. Three times before birth and three times before renewal. Every morning I remind myself of the “I” that will never die and the “I Am” that evolves through living day to day.

Those of you who work with the Imagine Self Inner Advent processes, contemplate the meaning of your year…your new thoughts, new feelings, and new deeds of Your Year of Light, and the shadows, the sorrows, and the sufferings of Your Year of Darkness. You have collected them up in the body of memories and you release them, emptying your soul in preparation for the gifts of the Holy Nights and the epiphanies that will inspire the coming year. You form and dwell in your Solstice Body.

As I continued to wonder at my Solstice Body, I came to recognize and name certain aspects and qualities about it.

STILLNESS: Here is a quote about embodied stillness that I find incredibly real.

“Stillness is not the absence or negation of energy, life, or movement. Stillness is dynamic. It is unconflicted movement, life in harmony with itself, skill in action. It can be experienced whenever there is total, uninhibited, unconflicted participation in the moment you are in—when you are wholeheartedly present with whatever you are doing.” ~ Erich Schiffmann

Find the center of your soul where there is no conflict with truth, no distortion of beauty, no corruption of goodness.  Here is your Solstice Body’s stillness. I want to say this is a flowing stillness full of uninhibited life, freedom and love.

When the three days and nights are over how does this stillness become grace?

SILENCE: Solstice silence surrounds stillness. Inner conversation ceases in moments of deep, yet waking, slumber. What remains is resonance with the cosmos and with the most intimate and minute gestures of life itself. Solstice silence resounds with the gods and with nature. Hush!

What listening emerges from Solstice silence as you enter into the Holy Nights? What cosmic tone sings through your body? What is the Solstice silence that harmonizes with all there is in living?

“Let us be silent — so we may hear the whisper of the gods.” ~ Ralph Waldo Emerson

EMPTINESS: Sacred emptiness is the void that conceives all possibility. Your soul’s center is your womb of evolving and becoming.  You must become empty in order to receive. Solstice emptiness prepares us to fill up with the whispers and glimmers of the gods during the Holy Nights. We need to clear the center of our soul of all memories, all attachments, all hungers, all comforts, all certainties, all disappointments and all satisfactions then we will be blessed beyond our hopes and longings.

“What a relief to be empty! Then God can live your life.” ~ Rumi

DARKNESS: Solstice Darkness comforts the soul. Absolute darkness is the place where all light begins. It is the most powerful light, the light of the Sun at Midnight. In the center of the soul, darkness embraces and nurtures light. During the solstice the center of the soul enclosed in deep, velvety darkness prepares for the inner enlightenment of the Holy Nights.

“Every moment of light and dark is a miracle.” ~ Walt Whitman

“At the darkest moment comes the light.” ~ Joseph Campbell

THREE DAYS & NIGHTS: 72 hours. This is the number of hours between the suffering and the Resurrection of Jesus Christ. It is also the number of hours Jonah was in the belly of the whale. Can you imagine your soul having an inner experience related to this archetype of dying away and reemerging with transformed consciousness?

There is much living in the number 72.  Explore. It is 6 times 12. What twelve thoughts or verses might you want to repeat six times (twice each day) during your dwelling in the Solstice Body? (Below I have the Twelve Soul Comforts from the Inner Christmas Messages of 2017)

I  or  EGO:  There are two words that cannot be defined. They are ineffable. Even when you utter them you are only pointing to what cannot be located, limited or lost . These two words are what my work honors: God and I.  These words point to each other. They are One and All. Neither have a form or a story or any needs for development.

I  AM or EGO SUM: This is the incarnated I that takes on the limitations of individuality, of a aging form in space, a unfolding story in time, and the ever-changing and developing consciousness.

In the Solstice Body, I AM falls into slumber, so the I can bring the breath of new life and guide the next step in the journey of becoming.

THE GRAND CONJUNCTION of Jupiter and Saturn which many feel was the Star that led the Magi to Bethlehem is described by many astrologers. I found this post full of possibilities for building an understanding of what this particular Grand Conjunction signifies. https://www.astroshaman.com/the-jupiter-saturn-great-conjunction-december16-31-2020-astrology-forecast/

I hope you are beginning to form your own imagination of your Solstice Body. Celebrate it.

Here are 12 Gestures of the Soul from the Inner Christmas Messages 2016, a suggestion for your Solstice Body  6 X 12 meditations.

I express myself with courageous authenticity.

I embrace my limitations.

I recognize my essential needs.

I activate my inner resolve.

I enliven my imaginations.